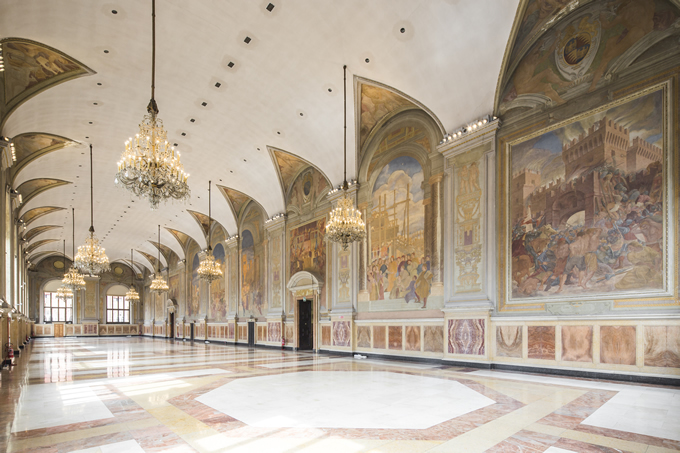 From the loggia, the Salone del Podestà is accessed through a covered passageway and a majestic solid wood door. The spacious Salone del Podestà, which was once a courtroom, was used as a Public Theatre between 1581 and 1767 (the second version of the Euridice was performed here in 1616) and later became a court for ball games.